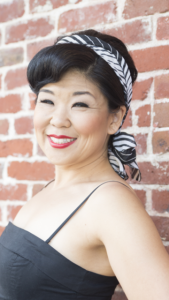 Illness is a teacher. While I would have preferred not to have been diagnosed with lupus, I have gained much wisdom and valuable friendships since. In late October of 2015, I developed a rash on my forehead and the middle of my upper back. I initially suspected an allergic reaction to something I was eating or being exposed to environmentally. I visited the dermatologist and we agreed to eliminate certain foods, lotions, soaps, etc.

By November, it had moved to my arms and hips. At my workplace, our neighbors were renovating and a lot of debris was being released from their space as they were knocking down walls and completely gutting out the office. I was pretty sure that was it since my breakout started shortly after they had begun their renovation. Since I was scheduled to go on a business trip, I thought it would be a good time to determine if that was the cause of my flaring rashes. I was in Las Vegas for seven days. The rash stayed pretty consistent. The steroid cremes I was prescribed helped a little, however, now the rash on my face was starting to spread across my cheeks and nose.

Upon my return, it was back to the dermatologist. The next step was a biopsy on and areas the rash was most active – so they took it from my hip. Before my experience, the word “biopsy” was just a common medical term to me that meant “sample.” Emotionally, however, it was a mutilation – they took out a piece of me. My brain knew it was a necessary step in getting more information to figure out how to solve the problem. Still, to me, it created a feeling of shock and fear. I received a call from my dermatologist, and learned that my results showed a consistency with lupus. A second biopsy was recommended for confirmation, this time from the middle of my upper back.

I couldn’t get it! Having had a complete recovery from Guillain Barre Syndrome (GBS) in 2011, I felt I learned my lesson and overhauled my wellness practice so I would avoid falling ill again. I eat healthy, I go to Bootcamp exercise classes five times a week, and I meditate a few times a day? So, why? I thought I was balancing it all, wellness, parenting and career. Well, the only thing that felt off was my career, I was at the family accounting firm for the last ten years. I went back to the University of Hawaii to receive a Graduate Certificate in Accounting so that I could sit for the CPA (Certified Public Accounting) exam. Shortly after I received my certificate was when I had GBS. Just before I was diagnosed for lupus I had resumed my studies for the exam that I had already failed multiple times. It was disappointing and stressful – a truth I was ignoring because I was grateful for the family firm that put me through private school and college and I wanted to continue the legacy. I didn’t know, until now, that I could still be part of the family and not be at the firm.

So upon my dermatologist’s recommendation that I manage my stress and exposure to sun – I began to think, A LOT! It was November, I thought about how tax season at the firm would affect me. As a healthy person, it was mentally and physically taxing and I could already feel when stress or lack of rest was affecting my flare ups. When you have an autoimmune situation, you become extremely in tune with what your triggers are – which I consider, now, to be somewhat of a gift.

Not only had I become extremely in tune with my triggers, I also began to reflect on my habits and, most of all, what I love to do. Since high school I always enjoyed journalism and I continued to write on the side all my life since then. I wrote for friends – articles for the Okinawan newsletter, Hawaii Herald, press releases for performing arts groups, and many other fun diverse writing projects. People always ask me what kind of writing I like to do – I love it all! No longer did I want to do this “on the side,” and I had to let my family and staff at the firm know that I planned to leave the firm, no longer pursue my CPA designation and become a freelance writer. Everyone was cautiously supportive and I was full of excitement and uncertainty.

Somewhere along the way, I was also referred to a rheumatologist. A second set of about a dozen vials of blood were taken from me, as well as, x-rays of my hands. So far, all my symptoms were contained to my skin only. I don’t have any joint or muscle aches unless I’ve done too many squats or burpees at Bootcamp.

Back to the writing, since my career decision, life has only gotten better. I wasn’t sure what to do, I remembered the local novelist, Lois Ann Yamanaka (also my new friend) had done some “scriptotherapy” before with groups. I spoke with her and I began to write with the specific purpose of healing and working through conflict. I felt it was so beneficial to my wellness that I wanted to share this with others and planned my first workshop. Which eventually lead to a wonderful connection to the founder and president, Melaca Cannella, of the Sjögrens and Lupus Foundation of Hawaii, with much thanks to Lisa Maneki Baxa from HMSA’s Island Scene for the introduction.

Please remember everyone’s body is different and unique. Always discuss any areas of concern about your autoimmune disease with your doctor. 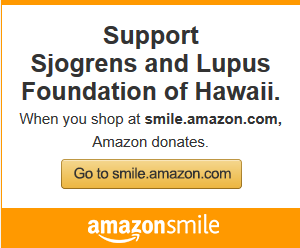